If you have a Smartphone with the manufacturer’s official File Manager Android App preinstalled, then you can enjoy the app without getting a third party File Explorer app. If you don’t have the official App then scroll down and read what we have listed below. 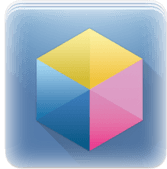 AntTek Explorer Pro (version 5.5) was developed by AntTek in the Productivity genre. This app requires 4.7Mb storage space while installing from Play Store and the minimal software requirement is Android 4.0 and later. This software has a neat and clean UI (User Interface), Drag and Drop options. The UI is like using a Windows PC on a mobile device. The Drag and Drop option allow you to move or copy files and data from different panels or from local to a server. You have access to many cool looking themes and supports cloud support like Google Drive, SkyDrive, Yandex, and Dropbox. Also supports browsing networked files like Samba/ CIFS/ Windows Shared or FTP/ FTPs. I Highly Recommend this Android File Manager App if you need one. 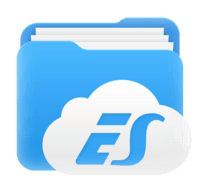 ES File Explorer File Manager is developed by ES Global in the Productivity genre. This requires 6Mb free storage space for installing from Play Store and the minimal software version required is Android 4.0 or later version. This is one of the best File Manager App for both local and networked use. This app has the cloud support for Box.net, Google Drive, SkyDrive, Amazon S3, Dropbox, and Yandex. This File Manager has a Multimedia Explorer which allows you to play music and videos, check and edit documents and to view image files. You can manage files on your Android phone from your computer. You can compress and decompress ZIP files, and can create encrypted ZIP files. You can even easily view a compressed video or image files. Use this app if you don’t have an official File Manager App. 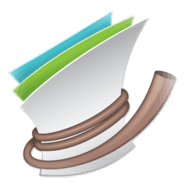 File Wrangler – File Manager was developed by Amon Creations in the Productivity genre. This requires 5.3Mb free storage space to install and minimal software requirement was Android 4.0 and later version. This has two file browser panels, Full Drop and Drag navigation for copying and moving files. This app has an Android ShareMenu which allows sharing data or file through Email, Bluetooth, Dropbox and etc.. Also, you can unpack and create Zip or TAR archives by yourself with this app. This has the fully optimized UI and layout for smartphones, tablets and 7″ inch tablets. The goody thing in this app is you can’t even able to see a single ad in this app. Which is one hundred percent free without displaying Ads. If you hate Ads showing in apps then you can try this File Manager app. 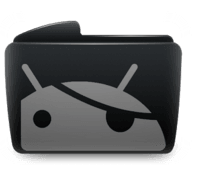 Root Browser app is highly recommended for rooted Android Devices as the name itself implies for Root. This was last updated in Oct/2013 and developed by JRummy Apps in the Productivity genre. This app is not got rated still as it has the name Root. This app requires 2.4Mb free storage space while installing it from Play Store and the minimal software requirement for this app is Android 1.6 and later. As they told in the App Store description, this app has two file manager panel, Explore .apk, .rar, .zip, and .jar file formats and you can move, copy, rename and delete any files except the system files like other file manager files. You can also execute script files, Install zip files using clockwork recovery, sort files by the name, date and size. If you own a rooted android device then go with this File manager Android App.

Total Commander File Manager app was developed by C. Ghisler in the Tools genre. This app only needs 1.8Mb free storage space for installing from Play Store and the minimal software requirement is Android 1.5 and later version. This app has a very normal and easy loading UI which is a black theme to use. As this app don’t have any in-app purchases, you can install any plugins you need to install for this app to improve more functionality that you need to work with. Supports cloud including Google Drive, Microsoft Live, and DropBox. Have multi-language help support including the languages like English, Russian, German, Czech, and Ukrainian. If you need the support for network and other stuff then you need to install the required Plugins to work with. Also, have Root support for main functions which is optional for you. Just have a try if you have an older version of Android OS.