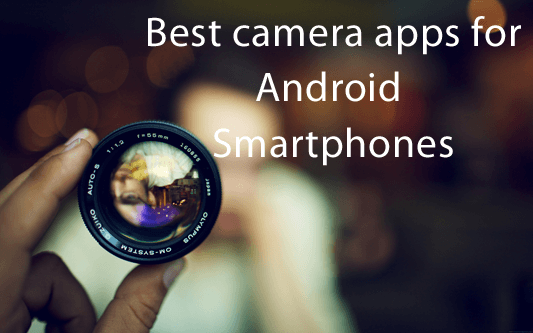 The camera is one of the most important things to look in Android Smartphone. Even though the hardware is good with bigger pixels and better resolution in the smartphones, you need to look at the preinstalled apps for a better snap or for good editing.

Not every smartphone makers do good with their preinstalled camera app, But still we have a lot of third party camera apps with super capturing functions and excellent editing. Editing is one of the most important things in camera apps, but more likely Android phone manufacturers don’t concentrate on making their photo editor better. So, we have listed 5 android phone apps below which is the best camera apps selected by Android Mania. This article has 4 camera app which gives you better snaps and 1 editor which we highly recommend for Android photographers for editing their best photos on the go.

Camera 360 was developed by PinGuo Inc in the Photography genre. This app needs 45Mb free storage space and requires minimum software version of Android 4.0 or later. This app is the best and popular among the Android camera apps. This developer still updates this software for adding more features and for good stabilization. The recent update while writing this article is held on 22nd/ Feb/ 2016 with the newly added feature for optimizing the recognization of multiple faces and to add funny stickers to the captured pics by editing. I didn’t mention about the outdated regular stickers, the update is about the revolutionary funny stickers which make this app more unique. This app also has photo challenge feature which allows you to put your best-shotted picture online and get more and more likes from the 500 million users worldwide. And for knowing about the more features in this app go to the app store and get this app for free. 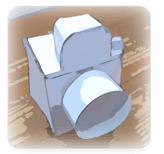 Paper Camera was developed by JFDP Labs in the Photography genre. This app differs in storage space and functionality as per the Android device and the Android software version you use. This app also ranked high and a very popular app for its well know paper and sketch effect. But this is not a free app as it costs $1.99 dollars for downloading and installing it from play store. The filter is nothing but the real time cartooning and painting effect made while capturing video or picture on the go. The app itself made with sketched User Interface which looks like scribbled with a crayon pencil. There is no more information about this app to share in this article, So I am stopping by here about this app. If you like sketching, painting, and cartooning anime effects to your pictures or videos then you need to spend $1.99 dollars for this app in the play store.

This app was developed by Moblynx in the photography genre. Camera JB+ requires 7.5Mb free storage space and the minimum software version required is Android 4.0.3 and later. Every reviewer in the play store suggested this app is one of the best ever camera app made till now. This app is not a free version which you need to pay $1.99 dollars for installing on your android device from Play Store. Camera JB+ was last updated on April/ 2015 while writing this article, but still without any updates for more than 10 months for now many android users who needs good third party camera app suggests this app which is worth for paying. Don’t worry about your 4K recording high-end smartphone, it does records 4K in a smooth way. This app has the Android 4.3 camera’s UI and doesn’t have a large count in the app installs and current users,  but still this app puts a smile on the face who use this app. If you like to have a best third party camera app, then install this in your smartphone. 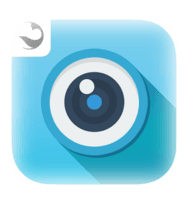 Effect Express Pip Camera app was developed by AppUniversal in the Photography genre. This app needs 15Mb free storage space and the minimum software version required is Android 4.0 and later. As the developer said in the Play store this app is all in one photo editor and photo art app for Android users. You should know that this is not a camera app, this app uses other camera apps for taking photos and then edit in this app. As this app developer doesn’t add camera options to take photos and record videos, they only focused on making the best photo editor for Android photographers. This app has a lot of photo editing options, which makes you do easy photoshop works with this app without turning on your PC.

This is a must have app if you are an Android photographer, so you can edit photos in your android devices on the go. If you need a camera app then you will surely need an editor for making the pictures better with adding colors and changing contrast, so don’t think to install this free app in your android smartphone. 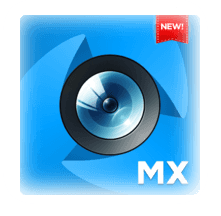 Camera Mx was developed by Appic Labs Corp in the photography genre. This app needs 23Mb free storage space and the required minimum software version is Android 2.3.3 or later. This is one of the best camera apps in the list for capturing and editing videos and pictures. This app best suits for creating animated clips like moving photos and editing it in the best way. Camera MX has 20 live effects of having fun with editing your favorite pictures. Also, you can edit your video and cut and delete some unwanted scenes in the clip or video to make it good. In simple words, you don’t need to access your PC for editing your videos in your android smartphone while having this app installed. As this have a very simple user interface, you can easily edit your photos or videos without making a big struggle. The special feature I forgot to mention in the first point is that you can share your animated clips and captured photos with your friends in social media.