HomeTutorialsHow to download and run android apps on PC
Tutorials

How to download and run android apps on PC 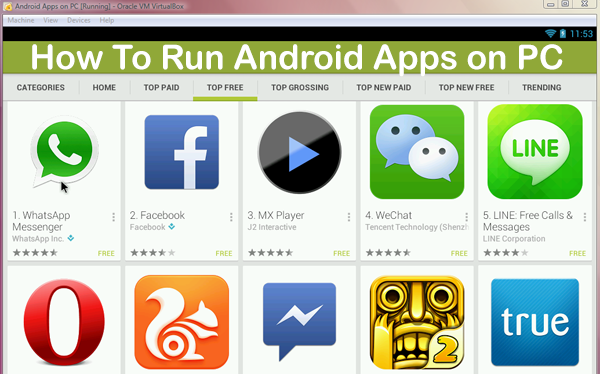 The ability to run android apps on PC is quite a luxury to have while fulfilling various needs simultaneously.

A limited number of options

There are quite a limited number of options available when it comes to running your android apps on PC. We have broken down these options into two broad categories –

Keeping in mind a generalized set of users, the method that we recommend in order to run Android apps on PC is using BrowserCam. It has detailed step by step instructions on how to download the apps for pc including the Android APK files for most of the apps such as Simsimi APK.

BlueStacks creates a virtual phone over your PC and has an inbuilt Google Play store. This means that you’ll be able to run any app on your PC just like an android device. We’ve curated some simple steps to make this happen –

All these emulators and Developer software are still under development and have been subjected to errors and crashes quite frequently. Even Bluestacks goes quite slow at times. There’s still some time for this software to reach a fluent stage and make Android experience more effortless over a PC. For the time, it is recommended that this software is used on a PC with an advanced configuration for a smooth interface, or else the experience can be irritating for some users because none of the software is perfect. Happy streaming!